The world is rich in diverse languages, countries, cities, states, traditions, cultures, castes, religions, etc. Art is something that brings everything in one giant circle but with various varieties in it. Art is a mixture of multiple human activities that involve creativity, imagination, perspectives that helps to convey a particular concept or idea. One cannot define art specifically because it’s like an ocean with thousands of rivers, aquatic animals, pearls, etc. Art is a subject where one discovers exciting and vibrant nightlife images as one goes on exploring them.

Let’s look into the top-class artists in the world, along with their best works so far! 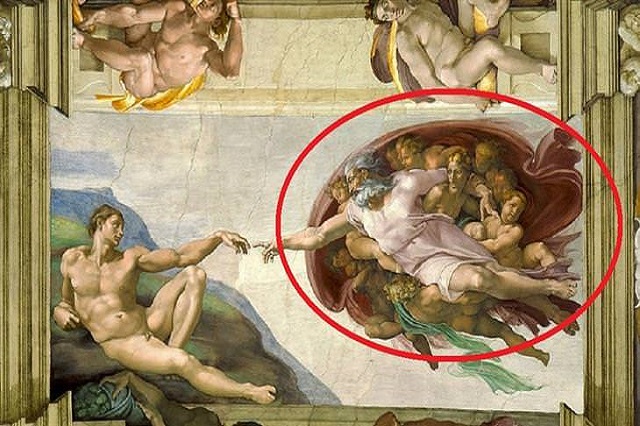 Leonardo Da Vinci, an Italian, painted a half-length portrait featuring a woman, part of Guinness’s record for a worth of US100$ million in insurance valuation in 1962! MonaLisa is the most famous and classic painting of all time. The renowned painting on which articles were written, songs were composed, and the most visited picture was created between 1503 and 1517.

Vincent van Gogh is the creator of the beautiful oil painting-’Starry Night’ in 1889. It is said that the painting depicts his tumultuous mind where the night sky flourishes with spirals and spheroids of the paintbrushes that are applied furiously on the dark and light sides of nature! This painting is one of the most acknowledged paintings in western art.

3.Girl with the pearl earring by Johannes Vermeer:

This gorgeous oil painting is a tronie( In Dutch Golden Age painting, a tronie represents an exaggerated dressing sense or facial expression). Johannes Vermeer’s painting started in 1665, comprises a gorgeous European lady wearing a glamorous dress along with a turban and a pretty pearl earring!

In 2006, the painting was selected as the most beautiful painting in the Netherlands by Dutch people.

4.The Scream by Edvard Munch:

The Scream is the famous name given to the painting but, ‘The Scream of nature’ is the exact name. Munch, a Norwegian Expressionist artist, is trying to portray human anxiety in the picture. The inspiration for his work was a sunset where he felt like an infinite scream was passing through nature. The painting featuring a worried man and is said to be paid high in a public auction. 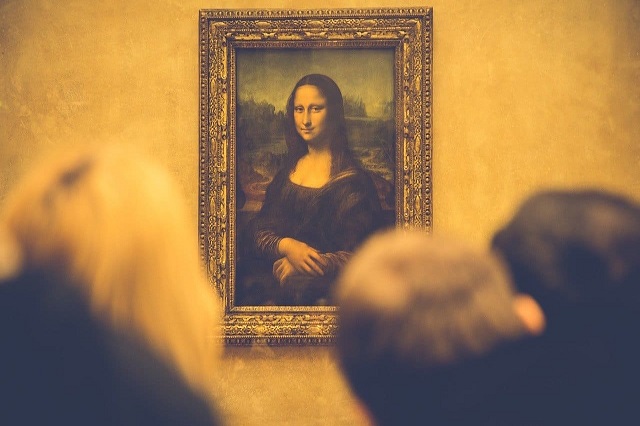 5.The Sleeping Gypsy by Henry Rousseau:

The Sleeping Gypsy is a creation of a naive French artist, Henry Rousseau, in 1897. A fabulous painting that’s trying to portray a lion contemplating over a sleeping woman in the moonlight, and due to her fragrance, the lion doesn’t harm or eat her up! The oil painting is as poetic as its explanation.

These paintings are unique in many aspects, excluding one; they belong to the same destination called ‘Art.’

Beautiful, isn’t it? That’s the magic of art!

Must Visit Art Museums In The World

There are around 55000 Museums in the world. Art Museums are one of the beautiful places to visit, and it is a place where there is a picturization of the scripts if one is not interested in reading books. The museum showcases the art pieces of the greatest artists around the world. It shows the culture, tradition, and practices of ancient times. The uniqueness and the creativity of the drawing are mesmerizing. 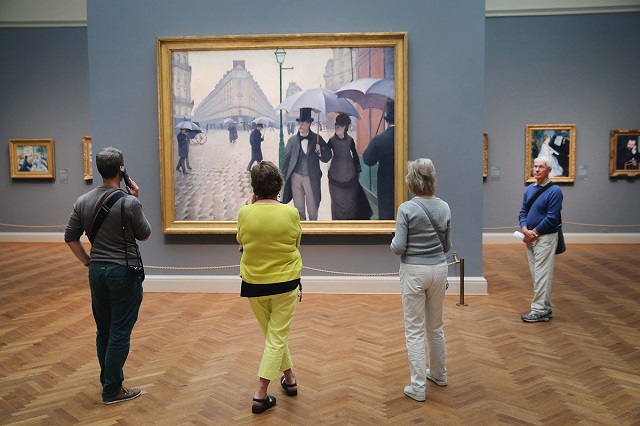 It is physically the largest Museum in the world and holds the record of having 380,000 artworks. There are around 10.2 million visitors every year. From Jean Auguste Dominique Ingres’ Grande Odalisque to Leonardo da Vinci’s the Mona Lisa, we can see all the beautiful artworks that have been displayed in this Museum. Did you know that the United Arab Emirates had paid over $500 million to France to license the “Louvre” name for their Abu Dhabi Museum?

Museo Nacional Del Prado is a Museum that was built in 1819 as a Royal Museum of paintings. This museum focuses more on Spanish royalty. The famous Spanish artist Diego Velazquez’s paintings are primarily displayed; the most renowned painting Velazquez’s Las Meninas has also been showcased. Art enthusiasts would be delighted to visit this place, and indeed a memorable experience of this place remains forever.

This National Gallery of Arts is a must-visit place for art lovers and anyone, and it surely doesn’t disappoint the visitors. For example, it is the only place in the U.S. where you can view Leonardo Da Vinci’s portrait Ginevra de’ Benci publicly, which is displayed. You can also view the works of Georgia O’Keeffe, also known as “Mother of American modernism,” including the “Jack-in-the-Pulpit” series. After the 3-year renovation in 2016, the Gallery’s East Building was reopened, and it includes over 500 works of artists.

Italy’s The Uffizi Gallery is undoubtedly a must-visit place as it presents the world-famous painting Sandro Botticelli’s The Birth of Venus. Suppose this wasn’t enough to display the museum on “the best gallery” list. Many other paintings like Titian’s Venus of Urbino and Leonardo da Vinci’s The Annunciation, Caravaggio’s Medusa places on the list. All the ancient and historical paintings are showcased with beautiful modern artworks as well. It is undoubtedly a treat to our eyes to visit this place and witness it with our own eyes.

What You Should Know About Pricing Your Art

Pricing your work is an important process since you evaluate your efforts and put the same into numerical figures. Due to that, you need to follow a few measures that bring in the right value for your work. By doing so, you can be glad about the outcome and will continue to receive the right form of encouragement to keep going. So go ahead and read the following to get a better idea of all that we have been talking about. 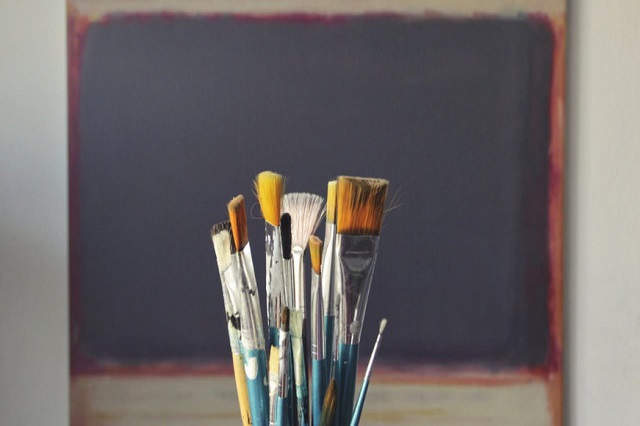 Researching the prices and running a few comparisons will surely help you make the most of the process as it gives you an idea about the market. It tends to talk about the kind of prices that are normally charged for your segment and how people either go for it or don’t go for it. So run a few comparisons and explore the market before quoting your price as it brings about a better form of understanding into the picture.

Being emotionally stable at such stages is an important process that you need to follow. It tends to help you focus and avoid a few problems that come along the way. Since we are dealing with finances, it is always ideal to follow a particular process that keeps track of your emotions and leaves the same out of the picture.

Underselling yourself is another aspect that you should stay away from. Since you are the one who put in all the work, you deserve it all, and underselling is not something that you deserve. So based on the market value and your idea of the same, you need to come up with a price that tends to cover the process and gets things going in the right manner.

Pricing Model for Studios and Galleries

While this might sound silly, it does make a lot of difference when you begin to follow the same. Understanding your art is a simple process where you evaluate your efforts and tend to place value on the same. Soon after doing that, you need to be confident about it and should always stand by the price. So make a serious effort to understand your work and put out numbers that tend to make sense.

Selling art online is turning out to be an easy process that can be completed in a matter of time. As the digital platform has brought forward all kinds of benefits, selling art is one among them, and we have a ton of resources to get things across. So how do we do it? Well, if you’re interested in selling art or want to know more about it, the following list will certainly help you out as it contains names of the websites and places where you can sell art.

ArtPal is a unique online gallery that provides a platform for all kinds of artists. It represents over 170,000 artists, who are also provided the option to either choose to sell their items or use ArtPal’s print-on-demand feature. Thanks to that, artists face some form of flexibility and can take ownership of the kind of process that they want to experience. As a result, ArtPal stands to be a valuable resource that helps you out to a considerable extent.

Fine Art America is one among the world’s largest online art marketplace. Their platform is another ideal one that helps artists to sell their work, and the platform has been operational since 2006. Due to that, it has turned into a huge community of photographers, graphic designers, global brands, artists, and illustrators. With their services coming into the picture, selling art tends to be easy. 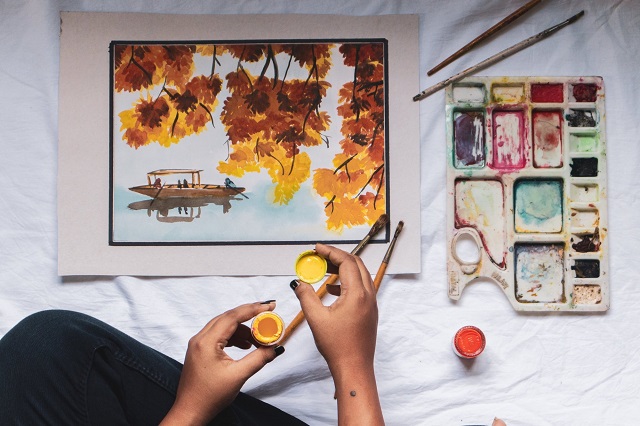 Amazon opened up a special Amazon Art section back in 2013 as they come forward to explore the world of fine art. Thanks to that, artists have received another platform from selling their creative work to the world. To get things going, one will have to go through the approval process and complete the terms and conditions mentioned by the organization. By doing so, you can sell art on Amazon.

While there are other places to sell art online, these four names stand to be central and essential for the process. Due to that, you need to explore the same and get things going as it provides the right resources for all your needs and requirements. So go ahead and check them out.